Saracen Interiors has completed its first major fit out contract for Enviva at the international, clean energy provider’s second office in York. The accommodation, secured to host the company’s growing UK team, comprises of a single floor containing around 3,000 sq ft of space.

An eight-week project, , the fit out has been expressly designed to enhance the brand for Enviva, as it expands its physical presence in the UK market, bringing its logo and corporate colours to the fore to complement the overall look.

Saracen has won awards for its design work in recent years and, given its raised profile in the North over the last 12 months, it was a clear contender for a project which focused heavily on design, according to  its Project Director, Dave Browne:

“ It’s been great for the team to engage with a company such as Enviva as they were happy to give us scope to explore a variety of ideas to make the space stand out and to deliver a flavour of the business and its brand.” 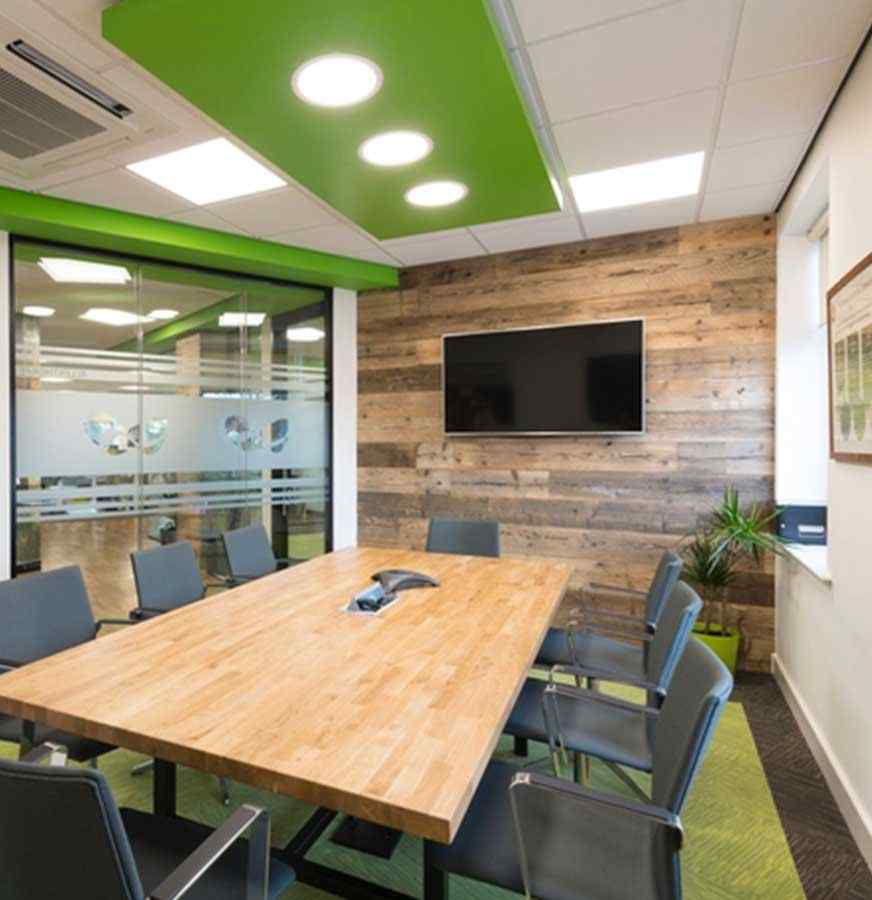 A prominent player in the South East, Saracen now hopes to build on its business in the North, positioning itself as a national concern with local links and knowledge.

It recently opened an office at Manchester’s Media City, providing the team with a base from which to operate.

« The Carillion Effect | Blue (and grey) sky thinking… »
Get In Touch