Glassdoor’s list of the UK’s top ten coolest offices found its way onto the Mailonline last week – a PR victory for the recruitment website and an acknowledgement for all (from the voice of middle England) of how far some companies will go to in order to ensure that their offices and facilities stand head and shoulders above the rest.

Carillion wasn’t entirely unexpected as there had been a slew of increasingly negative profit warnings, however the company moving straight into liquidation proved more surprising.

The list certainly made for some eye-popping reading. Most of us are aware of the stories of the offices of Facebook and Google but what about those of some of our home grown commercial talent? Apparently, the headquarters of AutoTrader magazine is decorated with vintage cars while the offices of London’s money-sending service, Transfer Wise boasts a roof terrace and a sauna.

Again, in London, Innocent Drinks’ offices capture the spirit of an English fair, with fake grass and bunting, while Red Bull’s UK headquarters has state of the art offices with a terrace overlooking the West End.It seems that for many companies, the perks of a job are increasingly becoming rooted in the office itself. This ongoing trend has been apparent for some time and shows no sign of abating with more and more businesses upping the ante when it comes to the facilities and the provision that is set out to accommodate staff refreshment and downtime in the work environment. 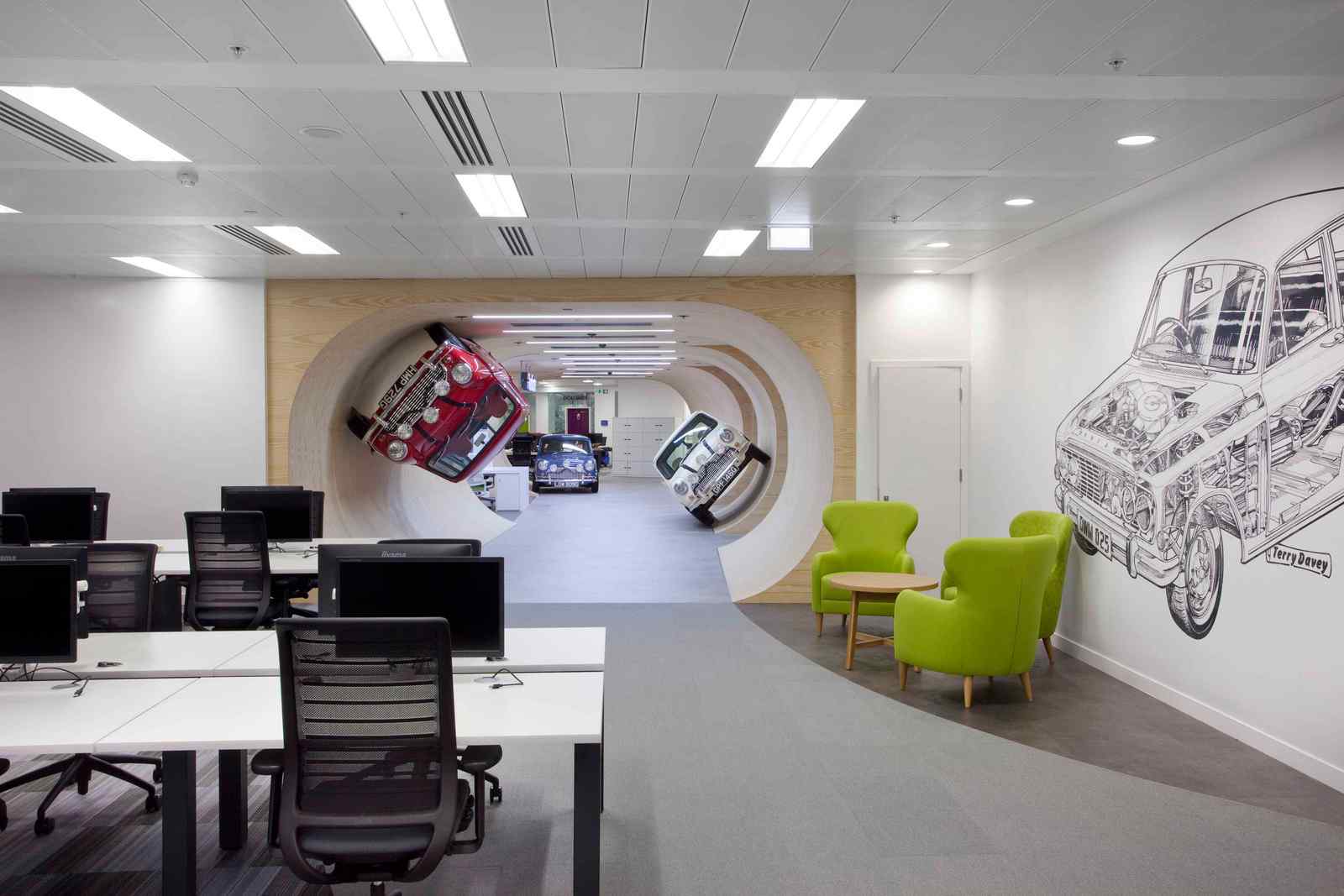 It’s not just the facilities either. Much is now required of the design. It’s not form over function – the requirement is for both. Our clients want cutting edge, clean designs that capture the essence of the brand and the company while being easy on the eye. They also want designs that make the best use of space and can accommodate all types of working, allowing for quiet time as well as collaborative working.

Everyone wants the ‘wow’ factor – short of putting a tropical rain forest in the centre of reception or a petting zoo in the middle of a breakout area, it’s a case of sky’s the limit for a few. (Never say never !).

As mentioned in previous blogs, these offices do have a role to play when it comes to recruitment and retention. As clothes are said to make the man, the fit out and refurbishment has a similar effect on the business. The company is making a public show of where it is setting the bar and how it should be perceived.

Salaries and benefits packages are no longer enough and that’s why, for many, coming in to work each day has become its own reward as more and more employers are opting to give their staff spaces that they can inhabit as oppose to spaces to just sit and work in.